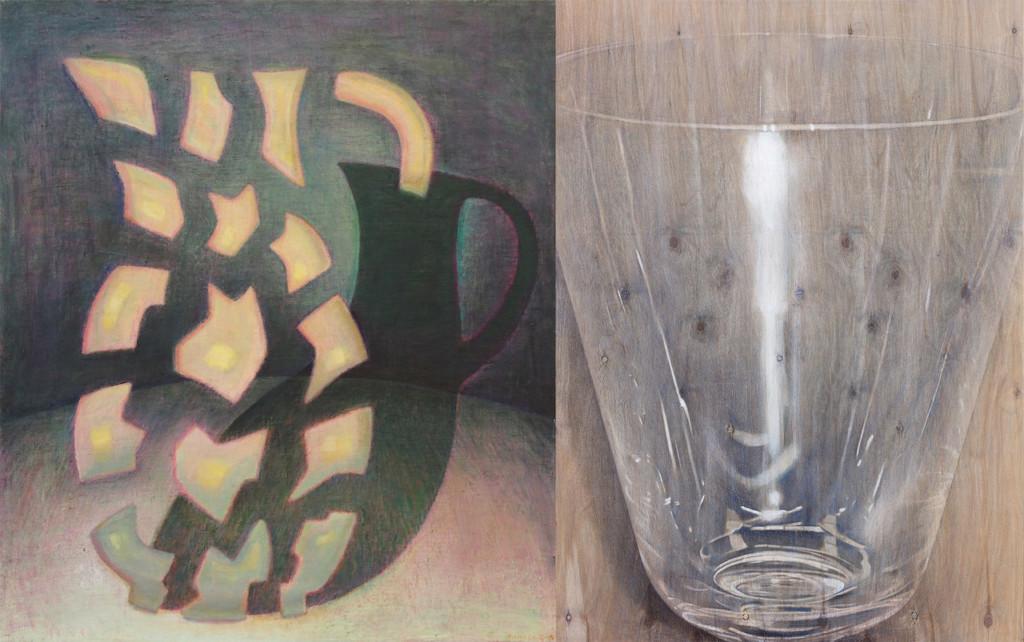 A dialogical exhibition about what it means to be an artist

Galleria Elverket’s autumn 2019 opens with Pamela Brandt (1950) and Susanne Gottberg’s (1964) Dialogue exhibition, which is a conversation in visual art. Both Brandt and Gottberg are well-known and recognised visual artists, whose art has always gone its own way. What happens when two individualists meet? A dialogue or a dispute? The aim of the exhibition is to spark a lively discussion in which the open spaces and potentials of visual art are also constituted on the basis of differences, and not of just similarities.

Pamela Brandt and Susanne Gottberg adopt different strategies in their art and in their working methods. Brandt’s works come about as one-offs, although she occasionally returns to the same motifs. Gottberg mostly works in series, so that the variation in her artworks only emerges over the longer term. Both have a mode of artistic expression that is oriented towards the limits of the visible and beyond. It is as though they ask, work after work: What can we see and what will always remain inaccessible? And can we draw sustenance from the things that escape us? We can assert that both would answer that last question with an unequivocal “Yes”. From work to work, both artists bear witness to how the means of art can make it possible to journey to mental and metaphysical worlds to which there is otherwise no entry.

The exhibition is showing the artists’ most recent works, some of which have been made for the occasion. They have thought about their own and each other’s artistic working process and about the encounter now on display. This visual-art dialogue in exhibition form is, on the one hand, time-bound and limited, while the experience that it produces can carry on from one moment and one place to another, and even accompany us to the end of our lives. A common feature of Brandt’s and Gottberg’s art is that it is quietly revolutionary, since works that initially appear serene can act as avenues to earth-shaking experiences. The further we go into these artists’ works the more impossible it becomes to rely on common sense alone. Brandt’s and Gottberg’s art is a journey into wonders and wonderment, and it takes its viewer beyond the reach of habit and routine, as is the way with the best conversations.

PAMELA BRANDT
Pamela Brandt studied at the Free Art School 1971-1976, where she has later also been a teacher. Her works are in museum collections in Belgium, Sweden and Finland. Brandt has held numerous solo exhibitions starting in the 1980s and most recently her works were shown at Gallery Pirkko-Liisa Topelius in Helsinki in 2018.

SUSANNE GOTTBERG
Susanne Gottberg studied at the Academy of Fine Arts 1984-1989. Her works are in all the most important Finnish museum and private collections. Gottberg was Young Artist of the Year 1994, and is also the recipient of prizes from, for instance, the Swedish Cultural Foundation in Finland, the Society of Swedish Literature in Finland (SLS) and the Stina Krook Foundation. Her previous exhibition was shown at Kunsthalle Helsinki in summer 2019.

EVENTS
The Bokkalaset i Ekenäs literature festival on November 8, 2019, will host an artists’ discussion at 4 PM at which they will talk with the exhibition’s curator Juha-Heikki Tihinen. The discussion will ponder the question of how we are to talk about visual artworks. What happens when we put the verbal alongside the visual when we encounter an artwork, or is it easier to describe a visual experience in general terms. The conversation will also foreground the ways that visual artists envisage their own working process, and visual art in general, when visual art is brought into a linguistic context.