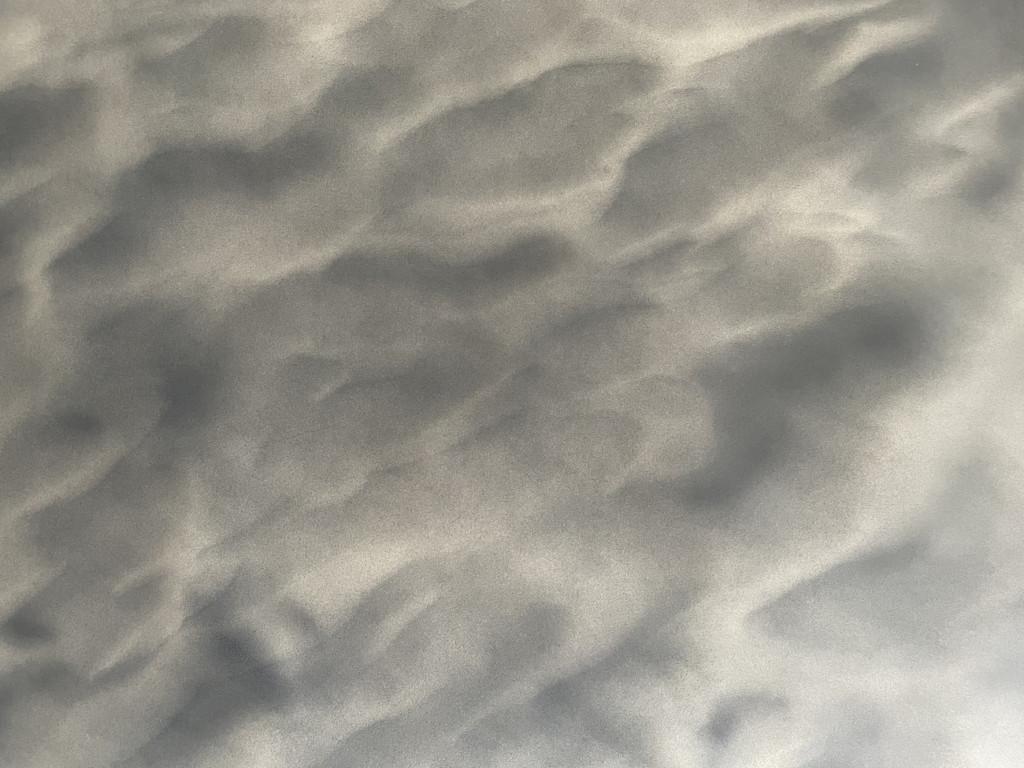 In her exhibition Res Maija Luutonen takes her starting point in Tagasode Byobu, a Japanese art and poetry genre that emerged during the Edo period (1615–1868). The closest translation is “Whose sleeves?” screens. The artform does not depict human figures as such, but rather the traces that they leave behind, usually still lifes of clothes, textiles and objects. These are everyday compositions in a private, home setting. Viewers peer at the objects, the materials and their quality. A study in traces that is imaginative, and which reveals something about the person that is not present.

This constitutes a piece that fits naturally into Maija Luutonen’s practice as a whole. Luutonen’s art is largely based on reduction. Paring down more and more. To see what remains to be told. She often works with studies in patterns, movement, repetition and fluctuations. In her abstract paintings she brings out material properties such as colour, reflectivity, flexibility, viscosity and transparency, which she then combines with vaguely familiar patterns and shapes. From these there then arise individual works, with tentative hints that, when connected with other, parallel works, open up a bigger picture and context.

Luutonen studies painting and extends its boundaries. She actively enters into a dialogue with the space and its properties.

She takes the two-dimensional and constructs a spatial experience. Res includes paintings on paper and a selection of sculptures in various materials. The exhibition is built around a series of paintings that are displayed lying on flat surfaces and plateaus spread about the exhibition space. This allows viewers to walk round the paintings and view them from multiple angles. Like looking at a map or moving about a landscape. In Res Luutonen looks at nature’s constant, ongoing movements in water and sand, and at how these both conceal and reveal traces. To capture these slow movements and currents she works with sharpness and blurring, along with hiding and uncovering. Traces of a distant human presence appear here and there in her painting, and likewise as concrete sculptural objects in space. Luutonen further raises the idea that sea and sand are elements that have the ability to absorb us, and which in the exhibition simultaneously become an allegory for a disintegration of both body and consciousness. Res is thus also about a disappearance and about attributing meaning to what is not there, but which still fills the void.