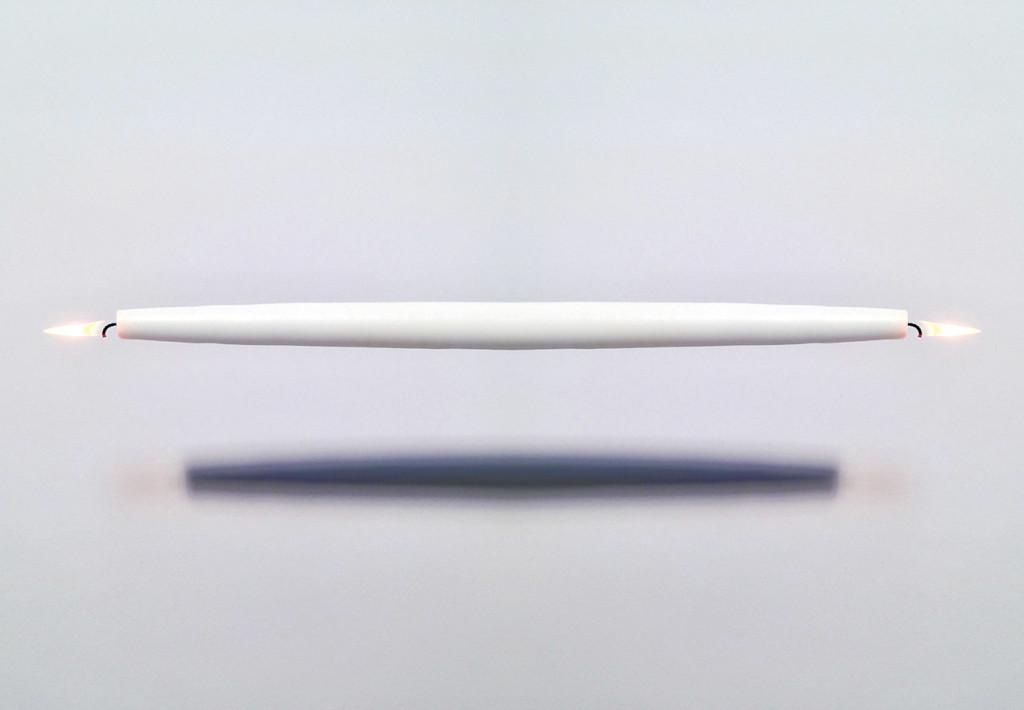 The Extensions exhibition is a new body of artistic work from Ida Koitila, who for the last three years has lived and worked at the Pro Artibus Foundation’s Villa Snäcksund residence in Tammisaari. Her new series of sculptural works is deeply rooted in the human body and in the secrets hidden within it. She has worked with polyester resin, stearine and metal. Bones and parts of skeletons are encapsulated in resin, like fossils or like insects and plants in amber; frozen solid, suspended in time, and full of information.

A characteristic feature of Koitila’s art is that her works are constructed like memories. They consist of several layers; we discover in them fragments and clues that come from the past, luring us into an enigmatic narrative. If we want, we can see them as relics containing stories and signals for the viewer to decipher. Koitila uses readymade objects that she reworks or combines with material both organic and inorganic. She mingles old and new, and we can often see clear material strata in her works. These various materials all have their own role and their own story; she keeps them clearly separate from each other so as to then bring them together in a form or structure.

In the Extensions exhibition Koitila instrumentalizes the synthetic and inhuman aspects of the material in order to communicate something that, nevertheless, feels human. The exhibition is a quiet, meditative encounter with the human being in transformation. Here Koitila plays with the concept of time, and Extensions encompasses a time shift in which present and future merge. The whole thing functions as a kind of portent for something that is to come. She foregrounds a mutation, a change in the human being, as something unavoidable. Koitila here makes use of the idea that the tools that people create and use also continually reshape them. From this Koitila constructs a kind of portrait of a human figure that spreads out into the room, mute and strange. This is an encounter with something transhuman, something that has transcended to a world beyond our comprehension.

Ida Koitila (b. 1983 Borås, Sweden) lives and works in Finland. She graduated with a MFA from the sculpture department at the Academy of Fine Arts, Helsinki in 2011. Her works have been shown, for instance, at the Finnish Institute in Germany, Berlin (2016), Galleri Thomas Wallner, Simris, Sweden (2016), Vienna International Apartment, Berlin (2015), Berlin Gallery Weekend, Lehrter Siebzehn (2014), Helsinki Contemporary (2014), Candyland, Stockholm (2013), Musterzimmer, Berlin (2012), Sinne, Helsinki (2012), the Royal Academy Schools Gallery, London (2007), and most recently at Skulptur i Pilane, Sweden (2018).

Pro Artibus is publishing a book about Koitila and her art to be released in conjunction with the exhibition.