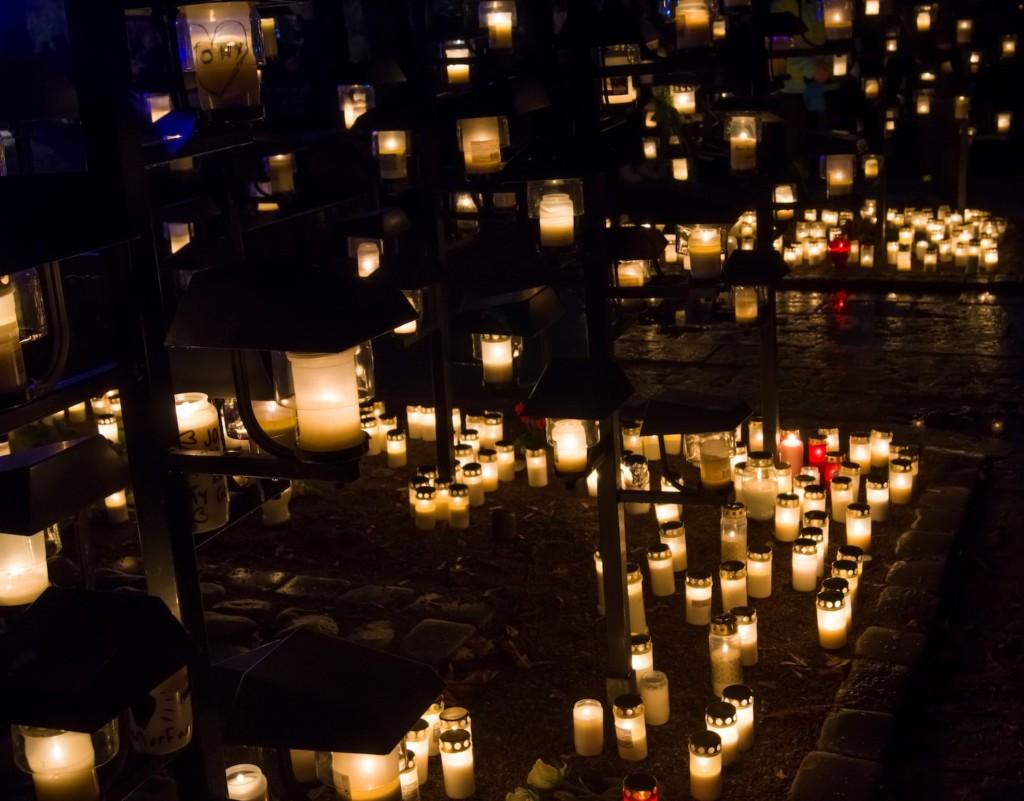 Leave a Mess, Not a Legacy by the Swedish artists and brothers Christoph and Sebastian Mügge continues at Sinne in 2021. After their grandmother passed away in 2014, they had the idea of making a work about emptiness and about the sentimental feelings that cling to objects. In Leave a Mess, Not a Legacy the Mügges construct a deceased person’s estate using narratives from various epochs, merging reality with fiction. They mingle items from their family’s own legacy with other material. They use drawings, texts, woodcuts, wallpaper and readymade objects to create a variegated, supersaturated installation that takes over the entire gallery space.

Posterity does not just leave us with emptiness and grief for the departed, we are also faced with a variety of issues and difficulties. An increasingly major problem is that we accumulate large amounts of data during our lifetimes: files, accounts, emails, chats, user profiles, avatars, identities, passwords, and so on. The nearest and dearest then find themselves standing in mounds of digital murkiness that they may neither have access to nor understand, and which at the same time can be very private and sensitive. These days, there are even companies that offer the service of cleaning up and sorting out this type of legacy, which would otherwise be left suspended in a digital limbo. Online game platforms hold burials for game characters, and on social media an old account can intentionally or involuntarily start to serve as a digital memorial. A whole new form of remembrance culture has grown up in the digisphere. The Mügges’ installation makes this meeting between physical and digital visible, along with the follow-up questions to which it gives rise. They highlight the importance of awareness, and that we should stop and take responsibility for all the material that revolves around our character while we are alive.

The Mügges point to the phenomenon of death cleaning, which is the term for a new trend and a direct reaction to the problems that both physical and digital clutter bring with them. Death cleaning is not just something that makes the work of relatives easier after your passing, but also a positive move towards a more minimalist, responsible, focussed life. Thus, if we want to get the most out of death cleaning, we had best do it early earlier rather than later in life. An important part of death cleaning is that we get into a dialogue with our relatives. In our culture such topics are something of a taboo and we prefer to mutely consign death to oblivion. But the Mügges see the potential in death cleaning and in the valuable conversations that could take place through it. This could open up an understanding between generations and create a deeper emotional foundation on which to build our future.

Sebastian Mügge & Christoph Mügge
Sebastian Mügge (b. 1981) and Christoph Mügge (b. 1983) were both born in Bonn, Germany and live in Sweden. Sebastian got his MFA degree from Umeå Academy of Fine Arts in 2011 and Christoph studied at Kunstakademie Düsseldorf where he received his diploma in 2013. Both artists work in large scale and interdisciplinary. They have a strong personal artistic language that builds on repetitions of a diversity of materials in many techniques. Their formations often interweave historical events with the contemporary where questions regarding identity, power structures and how conflicts influence our daily life is examined, and become a dynamic pictorial world.

The exhibition has been supported by Nordic Culture Point.