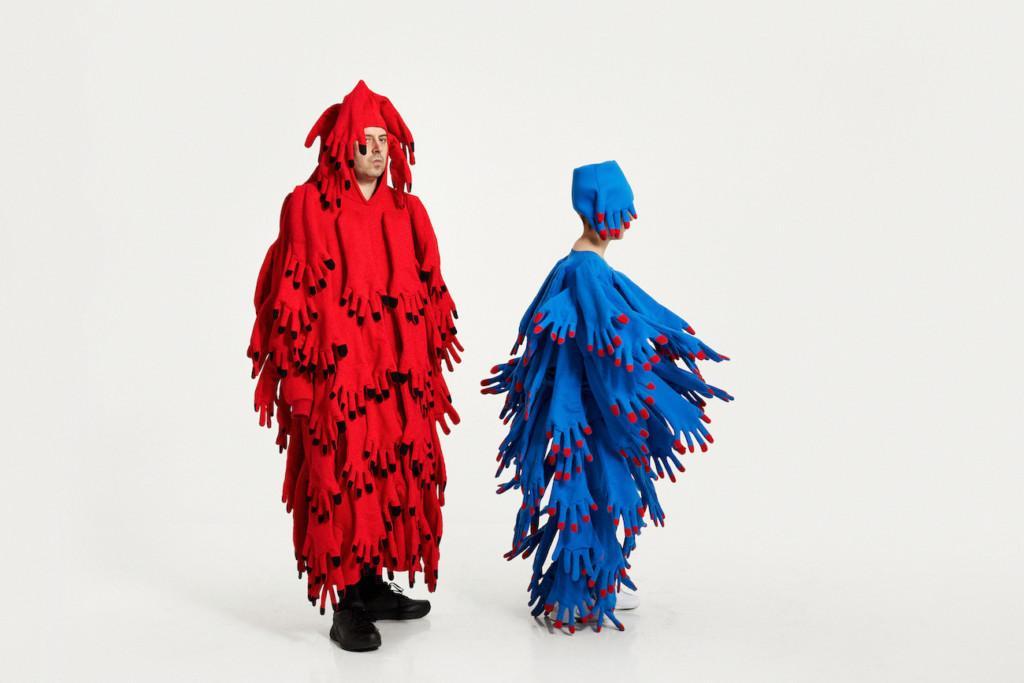 Vision: A moment arrives when only intuitive developments exist

an incipient death due to a bit of fun

a situation that radiates no bitterness

and yet there is endless hassle and every day a new thirst.

Kitchen Sink consists of fantastic bric-a-brac and scraps of theatre history piled up in a giant sink. On top of all this a mystery play has been assembled, about the everyday; about dreams, poetry, and the real.

All performances are for now fully booked, but keep an eye out for cancellation spots.

Oxi Koskelainen
Since graduating as a director from Uniarts Helsinki’s Theatre Academy, Oxi Koskelainen has worked, for instance, as: Artistic Director at Ylioppilasteatteri – Helsinki Student Theatre in 2010–2013; convener and director of the Post-MJ Era Institute of Consciousness performance group, which explored the state of the world after the death of the pop star Michael Jackson in 2014–2017; and as convener and performer in the Dayjob Collective of contemporary musicians and performance artists founded in 2017. Koskelainen’s most recent institutional theatre direction was the zombie performance Epäkuolleet (the undead) at Kokkola and Seinäjoki City Theatres in 2019.

Emmi Venna
Emmi Venna works as a choreographer, performer, writer and as a part of curatorial teams. Venna’s processes combine curiosity towards the experience of a lived body, researching dance and art histories, playing with fictions, and searching for the magical potential of the performance situation. Most recent works include the commissioned choreography CORE for the TaDaC collective (TeaK/Zodiak 2021) and the solo work Fabulous Muscles (Mad House Helsinki/Ehkä production, 2020).

Daniel Palillo
Daniel Palillo is an artist and designer, whose works have been shown in museums and galleries around the world. He began his career as a clothes designer in 2008. Daniel Palillo brand clothes were sold in more than 30 countries. Palillo stopped making his own clothes range in 2015 to concentrate on artistic work. Since then, his works have been shown, for instance, in Shanghai’s Powerlong Museum (2018), Museum of Contemporary Art, Chengdu (2019), West Bund Art Center, Shanghai (2021), Beijing Times Art Museum (2017 and 2019), and in the Hydra School Projects exhibition in Hydra, Greece (2021).

Kristian Palmu
Since 2012, Kristian Palmu has worked in the performing arts and in the cultural sector as a scenographer, a light, space and video designer, and occasionally also as a performer. His most recent works include the theatre work Eriopis (lighting design, Dir. Akse Pettersson, Q-teatteri, 2022), the TILOISSA exhibition (exhibition design, Helsinki City Museum, 2020–2021) and the Missed-en-Abîme performance installation (lighting design and technical direction; Director Rogério Nuno Costa; Serralves Museum of. Contemporary Art, Porto, Portugal, 2021).

In collaboration with Pro Artibus Foundation

The making of the performance has been supported by:
Arts Promotion Centre Finland (Taike), The Finnish Cultural Institute for the Benelux, Kone Foundation, Föreningen Konstsamfundet, Swedish Cultural Foundation in Finland, the City of Helsinki