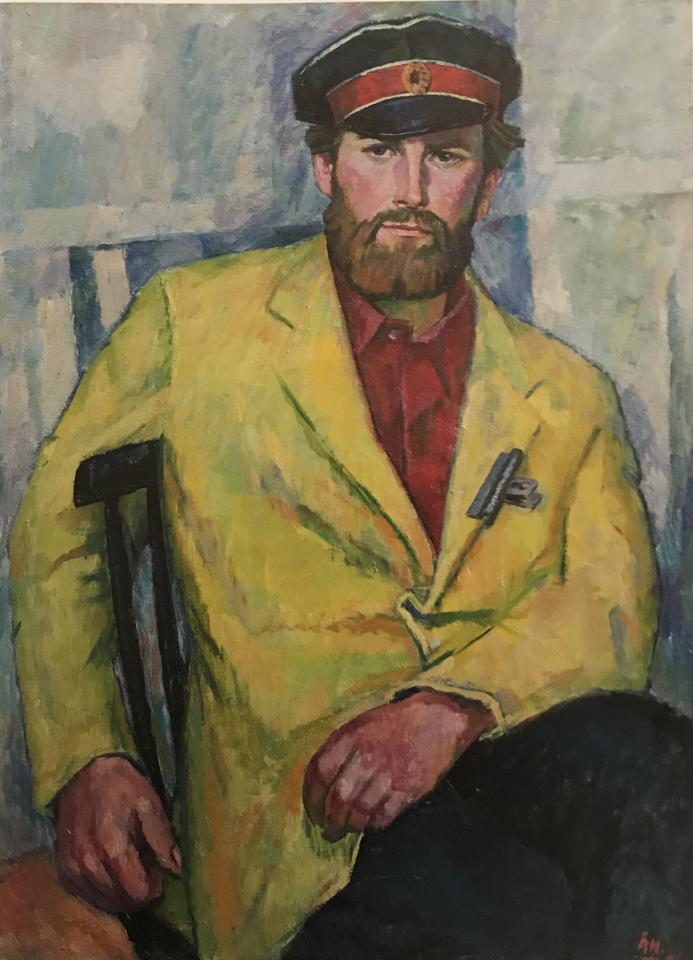 The painting depicts the visual artist Iván Wallensköld-Rotkirch (1928–2010). He was a well-known personality in Porvoo and often sat smoking a pipe in Café Blanka (now Fanny) in the Vanha Kappalaisentalo. Wallensköld-Rotkirch always wore a yellow raincoat, in sunshine or snow. In this painting the artist Åke Hellman, who was previously his teacher at Porvoo Lyceum, has instead portrayed him in a yellow jacket. In the fifties, Wallensköld-Rotkirch studied at the Free Art School in Helsinki. He often painted intense, temperamental watercolours based on his experiences of nature. He was not put off by wind or weather, but would paint outdoors even in minus-30-degree temperatures. He was drawn to nature and the forest around his childhood home, Stensböle Manor a little outside Porvoo city centre. The visual artist Viggo Wallensköld is his son.